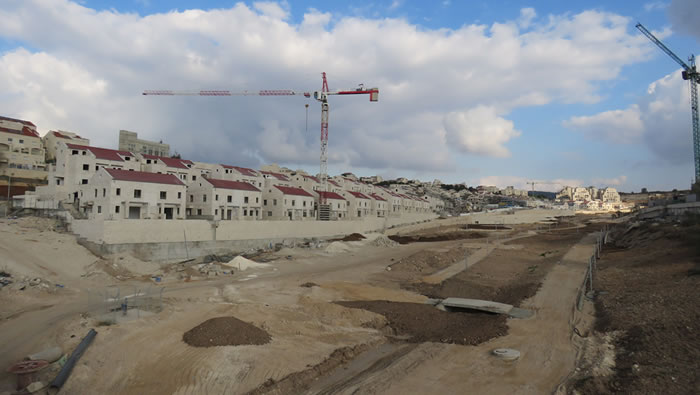 Recently, someone approached me with the following question. He had sold an investment apartment in Jerusalem and was considering what to do with the money. He had heard about a building project in Rishon Letzion, for which he would have to take a sizeable mortgage in addition to his capital. Alternatively he could buy something cheaper in one of the new projects in Ramat Beit Shemesh, or even two apartments in somewhere like Tiveria. Not being familiar with this particular project, I told him two things about Rishon Letzion. Firstly, it is one of Israel’s best kept towns, with prices cheaper than Tel Aviv, but in close proximity, with a good chance for high capital gains. Secondly, any apartment with a front line view of the sea, is usually a good purchase. Then I proceeded to discuss the ins and outs of what we call ‘buying on paper’. Let us examine some of the advantages and disadvantages.

Typically if one signs at the beginning of a project, one can buy significantly cheaper. Kablans need to finance their construction, and the more private money coming to them rather than from the bank, the more of a discount they can offer you. Even if you don’t get in at the beginning there are still great gains to be made. Typically the cost of new construction should be cheaper than that of a ready built apartment. By the time they are finished they should be worth significantly more. How much cheaper buying on paper is, is subject to speculation, yet typically, they can retail for 20% or more less than the current price if it were already built. Someone I know brought 4 apartments in a project in RBS, each one for around 2 million NIS. When they were ready after 2 years, he began selling them off one by one, with them all going around 3 million NIS. Five years on, one of the buyers is selling for 3.6 million NIS. So in this case, they have gone up 80% in 5 years. I have also seen people buy in projects and think that the price seemed high for a new project, yet they were pleasantly surprised to find how much they were worth when they were actually built. In other words there is the initial discount, and over 2 years the value increases in its own right. There is such a thing as buying on paper, to flip it, yet this is another discussion.

The best apartments often are the first to go. Getting in at the beginning enables you to choose from all the available types of apartments, which floor, direction, etc. Later on, the less desirable apartments are left.

3. Design your home to your specifications

The next factor is less to do with business, and more personal. If your purchase is to live in, then you get to choose and design your home according to your specifications. Wives delight in choosing the color and style of their dream kitchen, the husband can set aside a room for his office, and the kids could have a playroom! However I would caution that when designing, take into account to make it ‘normal.’ I recently viewed a home which had been heavily invested in, a dream home, at least for the owners. They had made diagonal walls, and a host of other strange things, that anyone buying it would be forced to totally renovate to restore its functionality. And the selling price proves it. They are forced to sell lower as any potential buyer is aware that they will need to redesign. In other words, when you buy and design, even though you aren’t considering selling, bear in mind that one day for whatever reason you may do and you should do things to make it an easy sale.

People are often concerned about whether it is safe to buy on paper. Nowadays, the regulations in Israel have been tightened and kablans are obligated to give you a bank guarantee for every shekel you pay them towards the apartment. This does not cover extras like upgrades that are paid for separately, but in the event of the builder hitting hard times, the bank will either make arrangements for the continuation of the project, or will give you your money back. The last well know collapse was that of the Cheftsiba construction company, where many buyers did get hit. The reason for this was because this involved many payments which didn’t get bank guarantees. This is now standard procedure for any reputable company. In short, your agent and lawyer should be able to confirm how reputable the company is, and the contract will dictate that payments will only be made into the special bank account that is designed to guarantee your payments.

Another advantage of a new apartment is that it comes with a guarantee. This means that for the first few years, yes there may be problems, but if the kablan is reputable, with a good reputation, he will be back. It may take work to get him back, in the worst case you may have to get your lawyer onto the case, but you should not have to foot the bill for significant repairs. Even after the warranty runs out, you are less likely to hit major problems that an older building. One other point worth mentioning is that new apartments are generally built to higher standards. Besides being newer, they are built to the higher standards of quality and safety regulations that prevail nowadays.

So after all this, why would you buy an already-built apartment?

Firstly, what you see is what you get. Some people just don’t like uncertainty. Who will the neighbors be? There is also the waiting factor, some are happy to wait, and others not. A very significant factor which I pointed out to the questioner is the question of financing. When you buy on paper, you usually put down 10% at the start and pay in stages until completion. If the timeframe is over 2 years, you can often find that the agreed upon stages of construction took place within one year, so you have laid out 85% of the price with a year still to go. On top of this, the contract usually allows the builder to be up to 3 months late before he will pay penalty payments. In other words, you have to have a very clear picture of your ability to finance the purchase over the time frame involved, and not be caught short. Recently in some projects they offer that you pay 30% on signing and the rest with the keys. This is the exception though, and it may be the more in demand projects do not need to offer this. Also you need to consider currency fluctuations.

Besides the purchase price, you have to factor in an extra few percent as the price you agreed on is linked to the building index, whereby the price rises according to the inflation of these costs. As far as I know this is an Israeli invention, and ensures you pay a good few percent over the price in the contract. Unfortunately builders tend not to be flexible on this point, although it is always worth a try. Also, kablans often provide a fairly limited kitchen, and choice of ceramics, and many people choose to upgrade, doing so does add up. The contract needs to be carefully scrutinized, as to what is and isn’t included, and these costs need to be factored in. There is also the irritation of paying the kablans lawyer, 1.5% and your own lawyer, as well as purchase tax.

There are many pluses to buying on paper, and many potential gains, yet one has to take one’s personal circumstances into account and consider all the factors, and at least be aware of them, and thus ensure that this is the right decision for you.